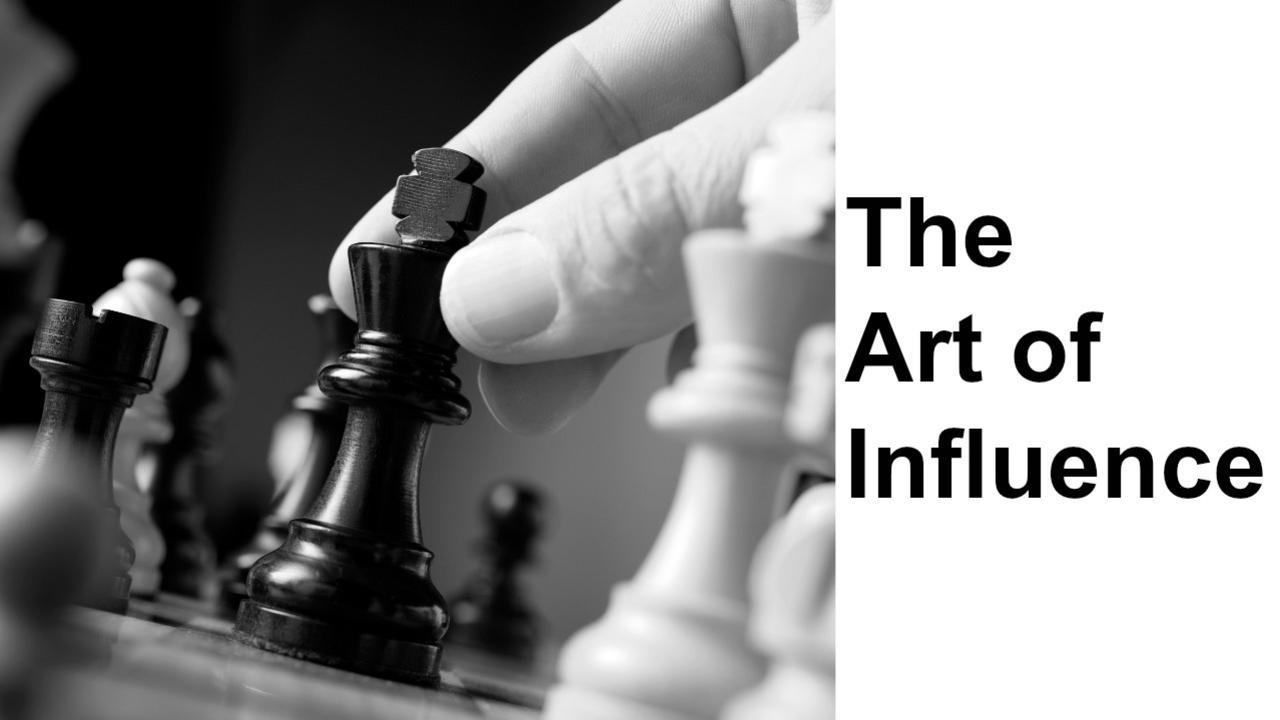 The Art of Influence

The Most Misunderstood Art ...

Most people think about influence as "something you do to other people" or "making people do what you want them to do" ... but that's not only wrong, it's the royal road to failure if you want to be influential.

Influence is first and foremost about building trust and creating connection ... the most person you need to build trust with is the one you see staring back at you from the mirror ... and the important connection you must have is the one you have with yourself.

This is the basis of authenticity and I can tell you from working with and training thousands of people internationally without a real authenticity becoming influential is always going to be an uphill battle.

If you've ever wondered what makes some folks so confident, charismatic and compelling in these two hours with me you'll discover the keys ... and, more importantly ... you'll find out how to harness that kind of internal certainty for yourself.

Discover The Art Of Influence ...

One of the most basic skills to develop is the ability to understand and use influence. In this webcast Joseph will focus on the essential structure of influence ... what exactly influence is, the steps to becoming influential, how you can use it to get outcomes with others, and how to become aware of when influence is being used with you.

INFLUENCE is at the heart of human interaction, from sales to seduction your ability to influence others determines the results you will get.

Dr. Joseph Riggio, the creator of the MythoSelf Process, Master NLP Trainer and the designer of two premier training programs used by multinational companies worldwide, Persuasion Technology® and Negotiation Technology®, will be your personal guide on this intensive two hours webcast.

Joseph will begin by laying out the deep structure of influence, which is actually about the internal perceptual patterns people use to make decisions that lead them to taking the action they do, as well as deciding not to action when they don't.

Once you understand the deep structure of influence you'll know how to gather the information you need to build trust and create a connection, the first step in becoming influential.

After you've built trust and created a connection you'll be in a position to take the next steps ... figuring out what someone wants, how they want to get it and what they are willing to do to get it. This is the essential criteria that determines what they will agree to do or not do ... and, you'll often be able to know before they do if they'll say "Yes" or "No."

Since, you'll be in a position to know ahead of time if someone will say "Yes" or "No" you remain in control of the interaction at all times. You'll also know exactly what they want and why they want it, so you'll be able to create mutually beneficial outcomes with others ... making sure they get as good as they give ... and, visa-versa. This is essence of ethical influence.

Over the course of the webcast Joseph will also cover the language of influence, and how to develop an offer and presentation that will align with the information you've gathered that makes them irresistible for the right person.

How Does Influence Work And How Do You Tap Into It's Power?
An Insider's Guide :

Most training in influence is about what to say and how to say it ... what's called "scripting" ... but that can only work if the other person has the other half of the script you're reading from and agrees to play along. So think about it ... if someone's that willing to play along with you why would you need a script at all?

The other way influence is typically talked about and taught is as a kind of framework of steps to take ... you know ... Step One - do this, Step Two - now do that ... and so on. This isn't much different that providing you with a script to read from, and also only works when the other person is willing to play along and let you set the rules ... but I wouldn't hold my breath for that to happen when it's really critical for you to get an outcome with someone else.

The real key to becoming remarkably influential is being able to read the signals in the system of interaction as they are happening in real time, and to adjust what you're doing and how you do it to match what's going on as it's unfolding. Sure, you may have an "ideal framework" that you keep in the back of your mind, but if you can't dance with your partner without stepping on their toes you're doomed to failure.

The other thing that you need to know is how to retain your sense of "internal balance" even when things go cattywampus and you need to reset instantaneously. Knowing how to remain focused, and what to focus on, in that critical moment often makes or breaks your ability to achieve the success you desire.

In this webcast Joseph will show you how to remove the mask that most people wear and speak from behind when they attempt to influence others, and help you identify an unassailable and incredibly powerful authenticity of your own ...

Does your work with people professionally as a coach, consultant, counselor, therapist, health care provider, financial advisor, facilitator, trainer, executive, entrepreneur ... or in some other professional capacity, depend on effective communication?

The Art of Influence Will Allow You To Radically Improve The Results You Get With People ...

In this program Dr. Joseph Riggio will reveal the deep structure of influence and how you can use it to create powerful results with others professionally as well as personally.

UTILIZATION: This is the main distinction of master influences, i.e.: their ability to utilize whatever comes up to uncover critical information and guide the conversation with intention. Participating in this webcast will immediately and dramatically raise your ability to use the structure of influence conversationally.

Dr. Riggio will provide you with examples from master influencers he's worked with and how the used the structure of influence to get their outcomes.